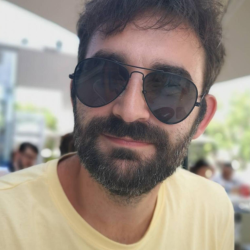 On behalf of the community, I am pleased to announce that the Service Release 4 (SR4) of the Spring Cloud Finchley Release Train is available today. The release can be found in Maven Central. You can check out the Finchley release notes for more information.

Spring Cloud Pipelines is a GitHub project that tries to solve the following problems:

The first commit took place on 31-08-2016. Since then, we have gotten a lot of feedback from the community related to the suggested deployment pipeline and its concrete visualisations. Over those two years, the most important features we have managed to build are:

We would like to announce the next 1.0.0.M9 release of Spring Cloud Pipelines, which will also be its last in the current form.

On behalf of the Spring Cloud team, it is my pleasure to announce a new milestone release of Spring Cloud Pipelines - 1.0.0.M8.

This release adds a lot of new features and quality and testing improvements. As for main features, we’ve added support for a project with multiple modules, and for mono-repos (projects with standalone application sources in it). As for quality and testing, we’re approaching 200 Bash tests (we’ve written missing tests for the Concourse pipeline). We’ve started publishing the project’s sources as a downloadable artifact. That way instead of cloning the repo or downloading the ~25mb archive, you can fetch around 150kb of sources. The docs for 1.0.0.M8 are available here

From now on, we’re attaching the distributions in tar.gz and zip formats, with sources only to each release.

Super special thanks go to the one and only @ciberkleid for all her hard work on the project (look at that!!! - #130) and to @jugglinhats (#148) Kudos Cora and Oleg and everybody involved in the project!

What is Contract Testing

In order to increase the certainty that our systems behave properly, we write different types of tests. According to the test pyramid the main types of tests are unit, integration, and UI. The more complex the tests, the more time and effort they require and the more brittle they become.

In a distributed system, one of the most frequent problems is testing integrations between applications. Let’s assume that your service sends a REST request to another application. When using Spring Boot, you can write a @SpringBootTest in which you test that behavior. You set up a Spring context, you prepare a request to be sent…​ and where do you send it? You haven’t started the other application, so you get a Connection Refused exception. You can try mocking the real HTTP call and returning a fake response. However, if you do that, you do not test any real HTTP integration, serialization and deserialization mechanisms, and so on. You could also start a fake HTTP server (for example, WireMock) and simulate how it should behave. The problem here is that you, as a client of an API, define how the server behaves. In other words, if you tell the fake server to return text testText when a request is sent to endpoint /myEndpoint, it does just that, even if the real server does not have such an endpoint. In short, the problem is that the stubs might not be reliable.

On behalf of the Spring Cloud team, it is my pleasure to announce a new milestone release of Spring Cloud Pipelines - 1.0.0.M7.

This release adds a lot of new features and quality and testing improvements. As for main features, we’ve added Kubernetes support for Jenkins and Concourse. As for quality and testing, we’ve written over 150 Bash tests, added Shellcheck, EditorConfig and written more Jenkins tests. We’ve also unified the project’s documentation that now can be available for each milestone under Spring Cloud Static gh-pages. The docs for 1.0.0.M7 are available here - http://cloud.spring.io/spring-cloud-static/spring-cloud-pipelines/1.0.0.M7/

On behalf of the Spring Cloud team it is my pleasure to announce a new milestone release of Spring Cloud Pipelines - 1.0.0.M6.

Each application can contain a file called pipeline.yml with the following structure:

For a given environment we declare a list of infrastructure services that we want to have deployed. Services have

The stubrunner type can also have the useClasspath flag turned on to true or false.

You can click here to see the Release Notes for more information about what’s been done for this milestone.

On behalf of the Spring Cloud team it is my pleasure to announce a new milestone release of Spring Cloud Pipelines - 1.0.0.M5.

With 1.0.0.M5 we’ve added a new step in the Build stage called API Compatibility check. Now, your pipeline can break when, as a HTTP / messaging producer, you’re doing a backward incompatible change. We’re checking what were the latest contracts you’ve defined for your most recent production deployment and from those contracts we’re generating tests to your current application.

Also, the one and only Ryan Baxter, has added support for GPG keys in Jenkins.

On behalf of the Spring Cloud team it is my pleasure to announce a new milestone release of Spring Cloud Pipelines - 1.0.0.M4.

Apart from some bug and documentation fixes it contains a community feature done by Łukasz Szczęsny with support for Jenkins Declarative Pipeline with Blue Ocean. This is how it looks like

Please check out any of these links for more information or to contact us:

On behalf of the Spring Cloud team it is my pleasure to announce a new milestone release of Spring Cloud Pipelines - 1.0.0.M3.

Apart from some bug and documentation fixes it’s providing an out of the box support for blue green deployment on Cloud Foundry (both for Concourse and Jenkins)! This is how we do it.

When you click on the Complete switch over step:

On behalf of the team, I am pleased to announce that Service Release 5 of the Spring Cloud Camden Release Train is available today. The release can be found in our Spring Release repository and Maven Central. The documentation can be found here.