We’re pleased to announce a first release candidate of Spring Statemachine 1.1.0.RC1. The release can be found in the Spring Milestone repository https://repo.spring.io/milestone.

What we got into this first release candidate:

One of the most requested features has been to be able to use modeling frameworks to design a statechart instead of using plain good old JavaConfig. Work for this started a while back and first step for this was to use Eclipse Papyrus and its generated uml model.

Below image is from our Deploy Sample where full machine was designed in Eclipse and uml imported into machine configuration. 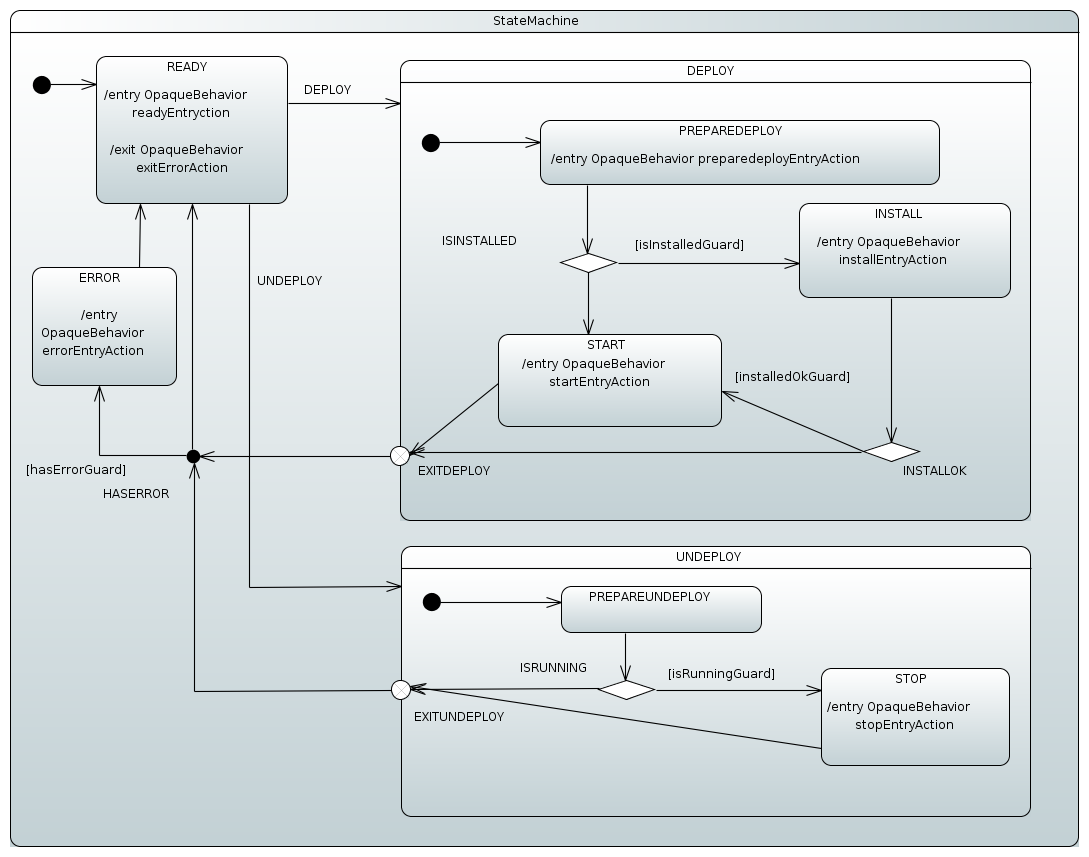 We're planning to do 1.1.0.RELEASE later next month.