We’re pleased to announce a release of Spring Statemachine 1.1.0. I’d like to start by saying thank you for all who contributed in any way to make this happen. Artifacts are available either from Maven Central or from Spring Repository.

What we got into this release(compared to 1.0.x):

While native way of configuring a state machine is always done via configurer and builder interfaces, this design task may become difficult to understand if you’re unable to see a “big picture”. Below state chart is from new sample which demonstrated more complex scenarios what a state machine can do. Based on Papyrus uml designer, it is relatively easy to understand what a machine does when you’re able to see it as an proper state chart. Its usage is optional but allows user to import uml model into a machine configuration. 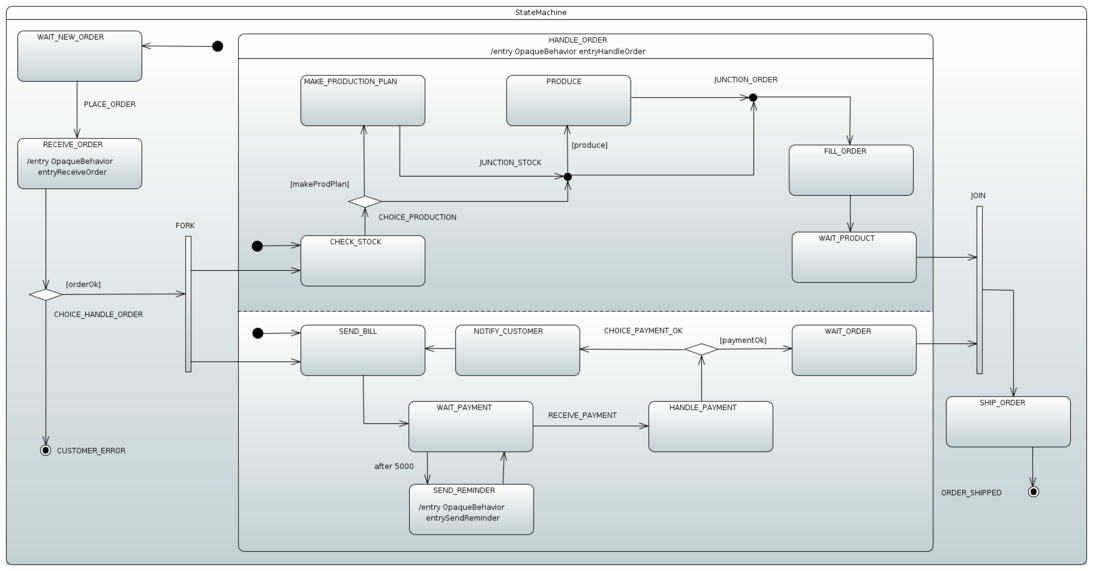