Reactor Bismuth is out

It is my great pleasure to announce the GA release of Reactor Bismuth, which notably encompasses reactor-core 3.1.0.RELEASE and reactor-netty 0.7.0.RELEASE 🎉

With the release of Spring Framework 5.0 now just happening, you can imagine this is a giant step for Project Reactor :) 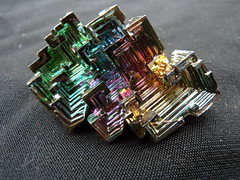 The release contains a lot of changes and API polishing. For reactor-core you can find the exhaustive list in the release notes.

Let’s have an overview of what is new and noteworthy in this release:

A number of API changes have been made between the last release in the 3.0.x cycle and 3.1.0. We wanted to get the best API out for the long run with Spring Framework 5, so these breaking changes were necessary. The release notes contain a more exhaustive list of such changes, but let’s have a look at a few of them.

The error handling operators have been made more consistent in both Flux and Mono. All use the onError prefix and the APIs are aligned in both classes:

Alignment Between Flux And Mono Concepts And Operators

Mono API had a tendency to sometimes divert from the Flux API despite similar concepts. Where it makes sense, these separations have been fixed.

Alignment of when, and, zip, and zipWith

For instance, Mono had a and operator and when static methods which used to combine elements and to produce Mono<Tuple2>. In essence, they were essentially a specialization of zipWith and zip in Flux, but having different names made it difficult to attach the concepts. That is why these methods have been renamed in Mono.

On the other hand, you’ll notice that a different flavor of when and and is still present in the Mono API. Contrary to the ones we saw previously, these return a Mono<Void>. Dealing with completion of tasks is an essential use case of Mono, and these methods are now specifically tailored for that sort of application: they will combine and execute several tasks (represented as source Monos), ignore their potential onNext signal and only propagate the combination of onComplete signals, resulting in a Mono<Void> that completes whenever the N tasks complete.

Consistent Semantic Of The then Prefix

Similarly, the then prefix now consistently indicates that the onNext of the source are to be discarded, instead building up on the terminal signals. This has been made consistent in both Flux and Mono:

Note that variants that were taking a Supplier parameter have been removed altogether (their lazy semantics can be replaced by a Mono.defer). Also, the Mono#thenEmpty described above was renamed from then(Publisher<Void>).

How One then Was Really A flatMap

Mono used to have another interesting then variant:

When looking closely, this didn’t fit with the new semantic of then* focusing on the terminal signals. Rather, it would transform the source into another Mono depending on the source’s onNext. Sounds familiar? This is indeed consistent with what Flux#flatMap does!

There was one problem, though: Mono already had a flatMap operator:

After thinking a bit more about it, we recognized that the classic semantic of flatMap is to return a value of the same type as the one flatMap is applied to. So it was more correct to have Mono#flatMap return a Mono…​

As a result, we renamed this then variant to flatMap and we used the Many suffix on the variant that would return a Flux:

Time: In this release, all the operators dealing with time do so exclusively via the Duration type. Most used to have a variant with the *Millis suffix that was using a long and a TimeUnit to represent a duration. These variants have been removed in 3.1.0.

Delaying Errors: Another cross-cutting change dealing with suffixes: some operators have an optional configuration where they can combine multiple errors and emit the onError signal at the very end, allowing for some values to still make it in the resulting sequence. For example, flatMap can either stop immediately if an inner sequence emits onError or continue merging the elements from other inner sequences before propagating that error.

In some instances, that optional behavior was represented in the API as a boolean flag parameter. In other instances, it was a separate variant suffixed with DelayError. In 3.1.0, all these variants have been aligned to consistently use the *DelayError suffix rather than the boolean flag.

Simplified Interfaces: Some specialized interfaces have also been removed in favor of simpler or more generic alternatives:

Both Kotlin Extensions and Reactor Test artifacts have been directly integrated into the main repository of reactor-core:

During this release cycle, an ongoing effort to better integrate with languages like Kotlin has been made.

This notably translates to some API rework in order to avoid ambiguous signatures with lambdas. Whenever a method had two overrides that where just differing by the type of functional interface they took, we extracted one of the variants as a new suffix for the operator.

For example, consider buffer(Publisher, Supplier) and buffer(Publisher, Function). The second variant has been renamed to bufferWhen, as it creates a buffer when the companion Publisher from that Function emits.

As we saw above, the Kotlin extensions have also been integrated directly into the reactor-core repository.

Additionally, support for null-safety analysis has been improved through the introduction of three annotations. These annotations build upon JSR 305 which, despite being dormant, is drawn on by multiple static analysis tools including the IntelliJ IDE. The following annotations are provided in the reactor.util.annotation package:

We leverage these annotations to express an explicit and actionable null-safety contract on all public Reactor Core APIs.

The documentation has also received some love: the reference guide is finally complete and the javadoc have been reviewed and reworded in order to describe some methods more clearly.

With the support for Kotlin being integrated directly into reactor-core, a new section has been added to the reference guide and the KotlinDocs are published.

Contextual data can now be attached to a Flux or Mono, per subscription, as a Map-like Context object!

This is an advanced feature that will mostly interest library developers, but we know it will prove invaluable in migrating features that formerly relied on ThreadLocal in imperative code for example.

In the Spring portfolio, we expect both spring-security and spring-cloud-sleuth to benefit greatly.

In order to add information to the Context, use the subscriberContext(Context) operator, like in the following example:

In order to retrieve and use the information put inside the Context, the upstream chain of operators can make use of Mono.subscriberContext(), which materializes the visible Context (e.g. inside a flatMap).

Head to the reference guide to learn more about Context.

This operator can be used to recursively expand source elements into nested Publishers, producing a graph of Publisher either depth-first or breadth-first.

When transforming a source Callable or Supplier that returns null into a Mono, fromCallable and fromSupplier used to emit an error. They now accommodate the null result and produce an empty Mono instead.

Added Ability To name And tag A Reactive Sequence

A single name(String) can be given to a Flux. It can be retrieved using Scannable.name(), which walks the chain of operators upstream until it finds a first declared name.

Similarly, several tag(String, String) key-pairs can be associated with a Flux or Mono. These can be retrieved as a Stream<Tuple2<String, String>> by the Scannable#tags() method, which walks the whole chain of operators upstream.

Rather than using Set semantics to evaluate if there is a change, the BiPredicate is applied on the current source element and last emitted element. This makes it possible to skip elements if they are too close to the last emitted element (e.g. Doubles with a difference < 1).

This allows to easily cache a hard-to-compute single value (or error) for a limited amount of time. First subscriber to come in after the TTL period will re-trigger a subscription to the source.

The checkpoint(String) variant is now light by default, which means there is no stack trace filled on instantiation (making the operator less costly to use). We now assume the String identifier is unique enough that it would be sufficient to find the instantiation point of a sequence that terminates in error.

Adding A Grace Period to refCount

When using refCount, one can now provide a Duration. When the number of subscribers to the reference counted sequence falls below the threshold, the operator waits for that duration instead of immediately unsubscribing from the source. No cancellation happen in case enough subscribers come back within this grace period.

The delayUntil operator delays the emission of a Mono until after a companion Publisher, generated from the source value, completes.

Note that there was an untilOther operator that has been removed. It used to also delay, but trigger on the first onNext of the companion. delayUntil is more flexible, as the same behavior can be achieved by appending a take(1) to the companion.

The reactor-test artifact also has a few new features:

If you’re new to Reactor, now is an exciting time to start your reactive journey with Spring Framework 5.0. If you’re not, we hope that’ll you enjoy working with Reactor even more now that all these changes have been put in place.

If you encounter any migration difficulty, have a look at the release notes or ask for help on our Gitter.