It’s been such a crazy SpringOne Platform 2018 and we literally just started! I don’t even know where to begin! The show represents the convergence of the best and the brightest in the ecosystem. It’s absolutely amazing all the people who want and love to be here.

From our friends in the ecosystem, we see people from all organizations. IBM, Amazon Web Services, Microsoft and Google are all here hoping to make their platform the most compelling place to run Pivotal Cloud Foundry and Spring-based workloads. It’s great to see my friends from all these organizations! Friends like my friends Erin Schnabel, Emma Tucker, Billy Korando and Pratik Patel from IBM… 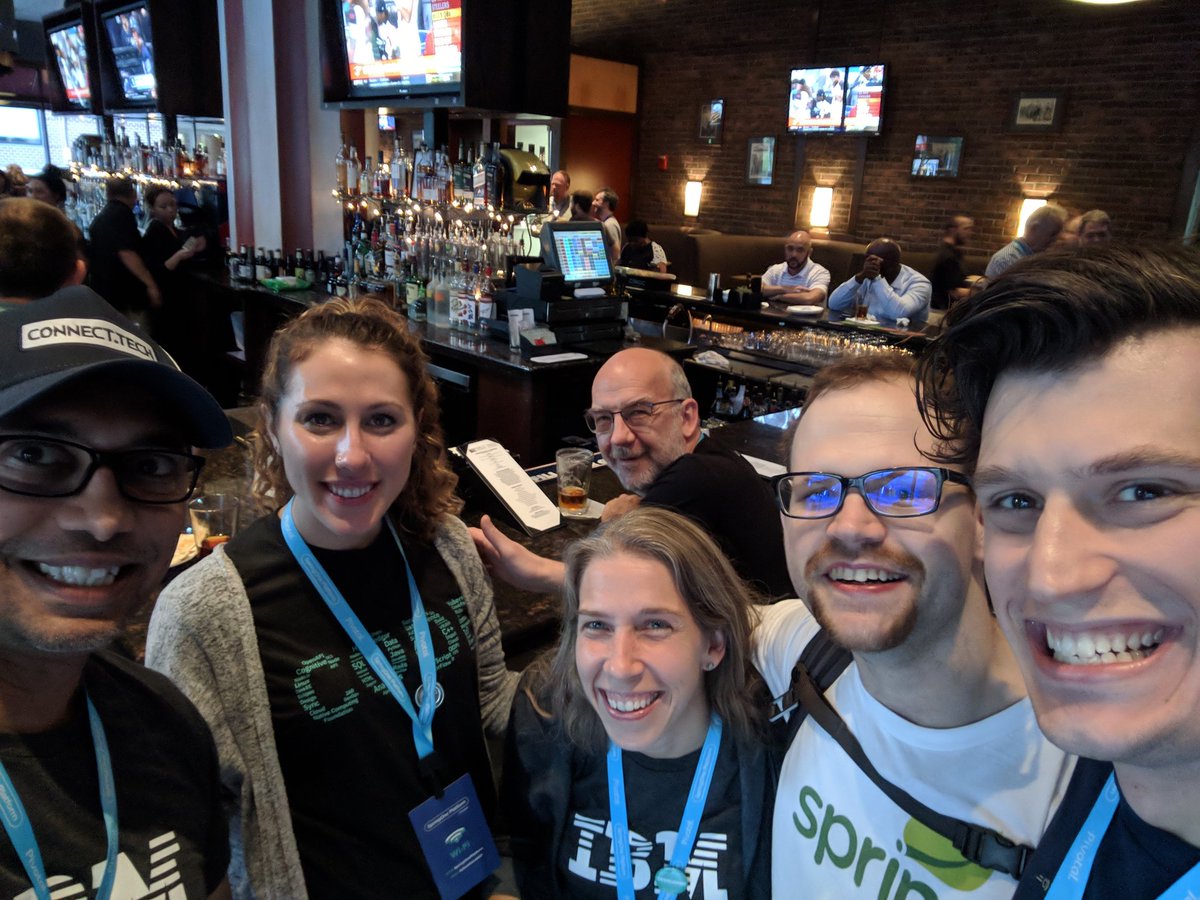 …and my friend Ray Tsang from Google and Bruno Borges from Microsoft..

It’s nice when you can reunit with old colleagues who are now ecosystem partners and friends - it was amazing to see former VMWare and Pivotal alum Mark Chmarny (left) representing Google’s KNative efforts today!

This isn’t quite what I think most of us involved in the @s1p keynote were expecting when they said there was a ‘green room’! 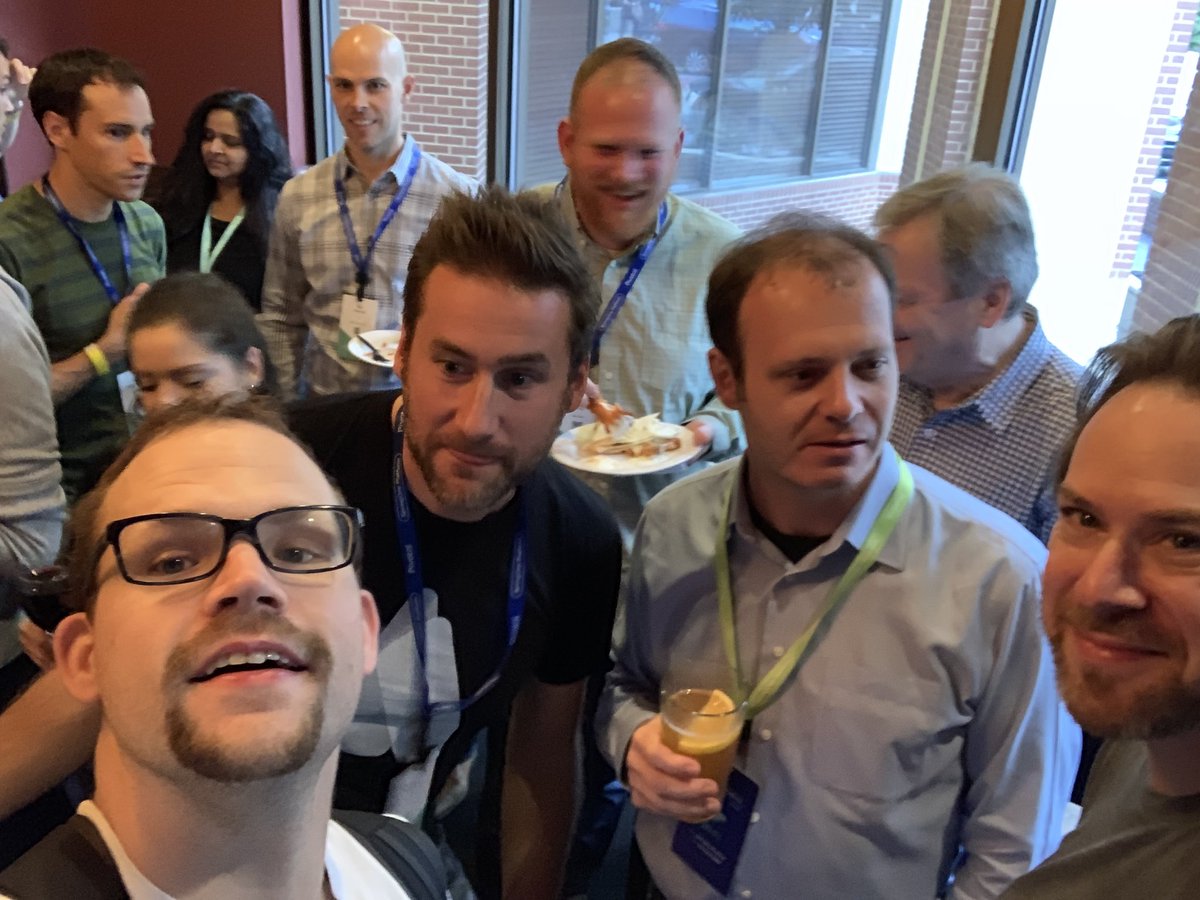 I had fun MC’ing this morning’s keynote with Pivotal legend Dormain Drewitz!

It was crazy fun sharing the stage with some of the best in the business, including the Spring team’s own legends, Spring co-founder Juergen Hoeller and the good Dr. David Syer.

Life tip: find yourself some friends who like you enough to take a selfie with you while 3000+ ppl are in the room watching and waiting and countless thousands more are watching the live stream! #springOne @s1p

Speaking of the good Dr. Syer, I love this pearl of wisdom (from among thousands) from his keynote this morning:

I am so grateful that my buddy Matt Raible and I managed to finish a crazy 75+ printed pages of blog content just in time for the big show! Cheers buddy! We did it!

It’s @mraible and I fresh off publishing like 75 pages of blog content in the last two weeks for the @oktadev blog. We introduce all things @ProjectReactor @springboot #Webflux @reactjs and more

I love working with that guy. We get it good stuff done and have fun the entire way pic.twitter.com/O3EpWe3l2h

At SpringOne Platform, anything is possible! The Spring team is geographically dispersed, so it’s great to be able to catch selfies with a plurality of any given team all in the same venue! Here, I get selfies with three members of the Spring Security team

It wouldn’t be a world-class event if, in addition to seeing old friends, we couldn’t make new ones.

Neha Narkhede, co-founder and CTO Confluentinc, and co-creator of Apache Kafka, absolutely killed it this morning in her keynote address at the conference. What a legend! What an amazing speaker and an amazing technologist!

It means everything to us to see our customers thriving. It was amazing to see DICKS Sporting Goods take the stage today to share their digital journey:

Amazing story of digital transformation of @DICKS at #SpringOne pic.twitter.com/LygDMpBqnd

I had the privilege of introducing DICKS Sporting Goods so I thought I’d dress the part. I even went to a store in south San Francisco this weekend and got my attire just for their big debut!

A huge part of the value of SpringOne Platform, for those of us at Pivotal as well as the larger ecosystem, is just in getting the chance to see the legends in our ecosystem that changed the world. I’m a big James Watters fan. He’s a big reason why, as a company, we all get out and work as hard as we can for our customers. He’s shown us, always leading by example, time and time again, that if we focus on the customer and their desired outcomes, good things result. Rock on James! #GOAT

For every photo or moment I’ve shared here are a thousand other ones I haven’t shared. It’s been an INSANE 24h since the show started in full swing and we’ve got miles to go before we sleep!

So, without further ado, let’s get to this week’s amazing, release-packed roundup!