Happy 25th Birthday, Web! or: Honoring the web by embracing It 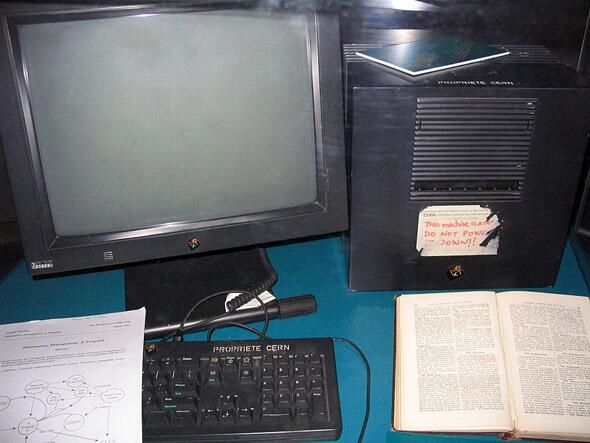 Yesterday, the 12th of March, 2014, was the 25th anniversary of Sir Tim Berner’s Lee having invented the web. As he explains: “I just had to take the hypertext idea and connect it to the Transmission Control Protocol and domain name system ideas and—_ta-da!_—the World Wide Web.” Elementary, really. (Hah!)

Pictured (taken from Wikimedia) is the original NeXT workstation (whose operating system , NeXT Step, underpins today’s OS X and iOS design) on which Sir Tim Berners-Lee put together the initial HTTP service and client.

As an aside: I’ve always wondered what it would be like to be able to have been there, in that lab. To perchance accidentally trip and fall and unplug his machine and (thus) the entire web - Ha! Just imagine how much more productive you’d be if - for one hour - you could just turn the web off today! :)

HTTP had so much of the design right in the first revisions of HTTP. It was a fairly simple protocol to implement. It is stateless, which makes it easy to partition services. By 1.0 in 1996, it supported querying, and writing data and some basic client/server negotiation. It uses headers to annotate requests and responses, providing an in-built mechanism for clients and services to enrich the payloads conveyed payloads. HTTP was built to be used by disparate clients with disparate encodings. It was designed to benefit from network elements like caches and proxies. HTTP 1.1 was (formally) content-agnostic and had a concept of a content-type (including the Accept and Content-Type headers).

By the time Roy Fielding (who also worked on HTTP 1.1) put together his famous doctoral dissertation for the University of California, Irvine, introducing the REST architectural constraint, the platform was already there for the building! REST formalized some of the good ideas already in HTTP. It mapped the state mutations implied by HTTP verbs to the lifecycle of data. Think of REST as HTTP: The Service-Oriented Parts.

HTTP has taken us a long way. REST, too, has been a game changer. REST powers the mobile revolution, it drove the RIA-revolution, and - I’d argue - it has delivered the hitherto unicorn-like realization of SOA for the masses.

An Overview of Spring’s HTTP and REST Support

In this post, I hope to provide a brief tour of some of Spring’s rich REST support.

The Spring framework includes the RestTemplate which reduces common HTTP operations to one-liners in the same style as the familiar JdbcTemplate and the new NIO-2 powered AsyncRestTemplate. From the docs, “it simplifies communication with HTTP servers, and enforces RESTful principles. It handles HTTP connections, leaving application code to provide URLs (with possible template variables) and extract results.” Yup.

The RestTemplate supports an interceptor model that can be used to plugin things like security, auditing, session handling, and much more. In particular, it can be made to transparently handle stateful HTTP-based exchanges like OAuth.

OAuth is a protocol to allow secure authorization in a simple and standard way from web, mobile and desktop applications. It secures an innumerable many web services out there including the likes of Facebook, Twitter, GitHub, LinkedIn, TripIt, and Google’s various APIs. If you want to consume web services on the web, OAuth is hard to ignore and - thanks to Spring Social - you don’t need to! 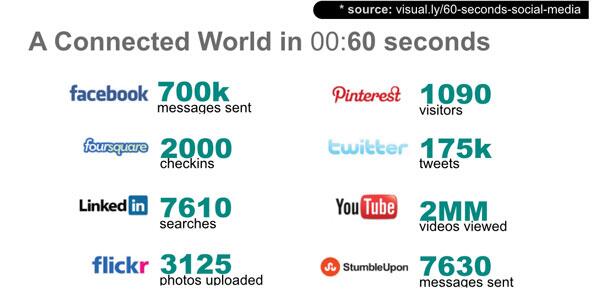 Spring Social is an umbrella project. It provides at its foundation the machinery for building OAuth service clients (using the RestTemplate) and then layers on top of that type-safe, Java bindings for various APIs, including Spring Social Twitter, Spring Social Facebook, and Spring Social LinkedIn. There are many other (known and unknown) third party bindings for numerous alternative APIs.

The Spring for Android project delivers the RestTemplate for Android clients. You can also use Spring Social clients from Android, extending your reach even further.

Spring MVC is distributed as part of the Spring framework. Spring MVC provides a very rich foundation for building HTTP and REST-based applications. REST is, as I mentioned earlier, an architectural constraint, not a hard and fast standard. Instead, there are guidelines. This is a strength and a virtue. REST can be a moving target. Dr. Leaonard Richardson devised what’s called the Richardson Maturity Model, which itself provides a matrix against which you can judge the compliance of a given REST API with RESTful principles.

It’s not hard to be at level 2 with Spring MVC’s core REST support. Taking it to the next level, 3, involves understanding a little bit about hypermedia, or the capacity of HTTP resources to be connected together through links, and HATEOAS. From the Wikipedia page on HATEOAS: “a REST client enters a REST application through a simple fixed URL. All future actions the client may take are discovered within resource representations returned from the server. The media types used for these representations, and the link relations they may contain, are standardized. The client transitions through application states by selecting from the links within a representation or by manipulating the representation in other ways afforded by its media type. In this way, RESTful interaction is driven by hypermedia, rather than out-of-band information.”

There are many fine guides on building REST web services, and securing them. There are of course many other fine examples out there, too.

Spring HATEOAS is a layer atop Spring MVC that lets you work in terms of resources that themselves have payloads and a collection of links assigned to them. These links represent a table of URIs that are related to the resource to which they’re attached.

Working with Spring HATEOAS and Spring MVC is as easy as it can be (short of not writing any code at all!) But when you think about it, writing next-to-no code would be pretty neat, too… If you think about it, REST resources are HTTP-interfaces to data. They are discharged with moving the data represented by resources through their lifecycle, from creation, reads, updates and deletion. If you’ve ever used the Spring Data repository support, then you can probably see where I’m going here. Spring Data REST lets you declaratively expose your Spring Data repositories (which themselves can be as simple as defining an interface that extends another one!) as a REST endpoint. Not bad!

And, last but certainly not least, the venerable, open-source, and easy-to-use Apache Tomcat web server drives a lot of the Java-powered web. Apache HTTPD drives even more of it, and

So, what about security?

An open web application or REST API is like an wide open, exposed database; it will probably not be what you wanted. Securing a web application means many things to many people: is the connection between the client and the server encrypted? Does the application know who is making the request? Are we securing a web application? A REST service? A messaging channel? Thankfully, there needn’t be more than one answer: Spring Security. Spring Security is your one-stop security shop, complete with integrations for backend identity providers (LDAP, Active Directory), authentication and authorization, encryption and support for common functionality like application sign-in and sign-out.

You might, for example, use Spring Security OAuth to secure your REST endpoint, and of course you could then consume this from Spring Social!

Boot Is Where It’s At

Spring Boot provides an ideal entry-point into all of these technologies. Applications deployed with Spring Boot come with management and metrics, out of the box. Most of the aforementioned getting started guides are based on Spring Boot. There’s a lot to recommend Spring Boot for REST development, but one metric must surely be how Tweetable it is!. And, of course, another is that Spring Boot makes building a Spring application as easy as pie, and that it comes packed with all sorts of features that are designed to make simpler the task of getting to production in a consistent way.

The following code is a slight derivation of Dr. David Syer’s epic example demonstrating how to use Spring Boot and Spring Security OAuth to secure a REST endpoint. All I’ve done is add a Spring Data REST-powered JPA repository and some seed data (see the repository). Spring Data REST babysits the database (a default, embedded H2 javax.sql.DataSource, though we could as easily have used any other DataSource or, indeed, any of a number of other backend NoSQL stores entirely!

It’s hard to guess what’s going to happen in the long term. In the short term, though, there are some interesting developments to watch. Layer 7, a CA technologies company, has just released results of a survey focused on API design and deployment. There are many takeaways from the survey, so be sure to read it, but one thing I thought particularly promising: a predicted growth in Hypermedia-aware APIs among API developers. Java 8, due very soon, will sport significant SSL/TLS improvements, improving its security story on the open web further still. Apache Tomcat 8 is around the corner.

Many of the technical wrinkles have been ironed out and the web has become a part of everyday life. For many developers, the question isn’t whether REST is a part of the architecture, it’s how quickly REST services can be stood up, or managed. Microservices, for example, is an architectural style tending towards loosely-coupled, singly-focused, tiny REST services.

In Spring we have a rich toolset for building on the amazing, ubiquitous, ceaselessly growing platform of the web. The next 25 are sure to be amazing.