the latest release 3.7.3 of the Spring Tool Suite introduces a number of new features around the Spring Boot Dashboard. Therefore we continue the blog post series that started last year and introduced you to the new way of working with Spring Boot based microservice projects in your IDE (you can find links to the previous parts at the bottom).

The early versions of the Spring Boot Dashboard already used the manifest files for deploying an app to CF if a file called “manifest.yml” existed in the project. This was done “under the hood” for your convenience. That was nice and useful. But it also caused confusion due to the “hidden nature” of this support.

Choose a manifest file when deploying an app 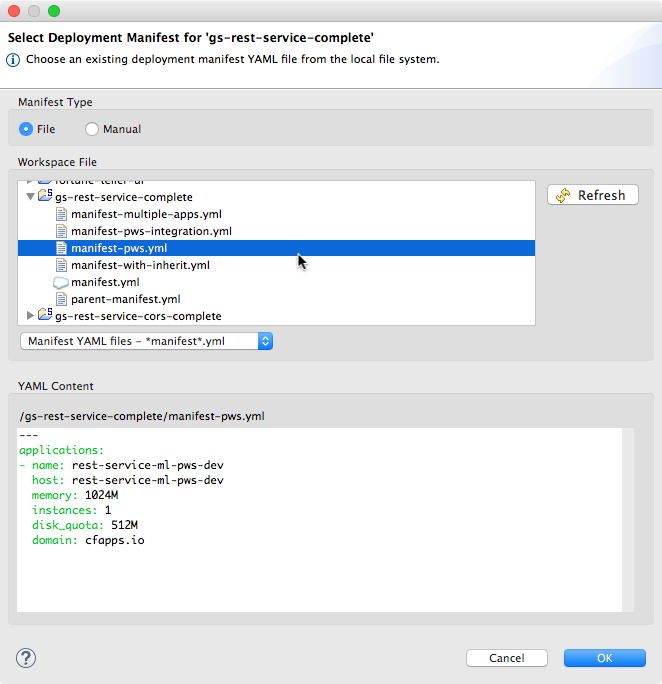 Of course you can change your mind and decide to choose a different manifest file. An action in the context menu allows you to open the same “choose the manifest file” dialog and make a different choice. The next redeploy of the app will take that change into account. You can also use this dialog to quickly check which manifest file is currently associated with the project. 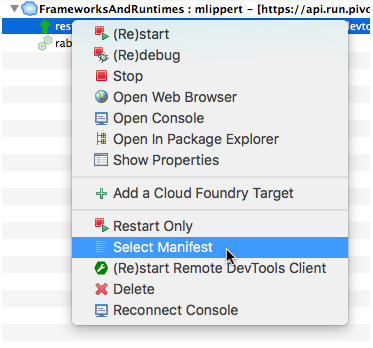 Deploying without a manifest file

Sometimes you don’t already have a manifest file or you don’t want to use an existing manifest file. In that case you can choose the “manual mode” in the dialog. 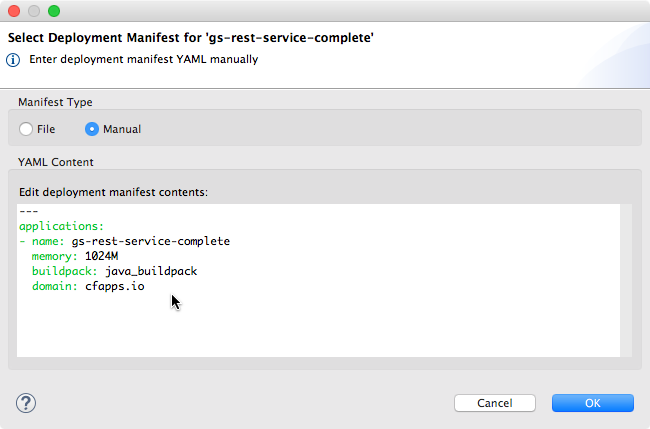 It opens up an editor area for a temporary manifest file and fills that with some default content. You can edit this temporary manifest content, add properties or change existing ones. This allows you to completely define the way the app should be deployed to Cloud Foundry.

This is also true if you have used a manifest file in the past and then decided to switch to the manual mode. Subsequent updates to the application will keep the configuration on Cloud Foundry untouched. 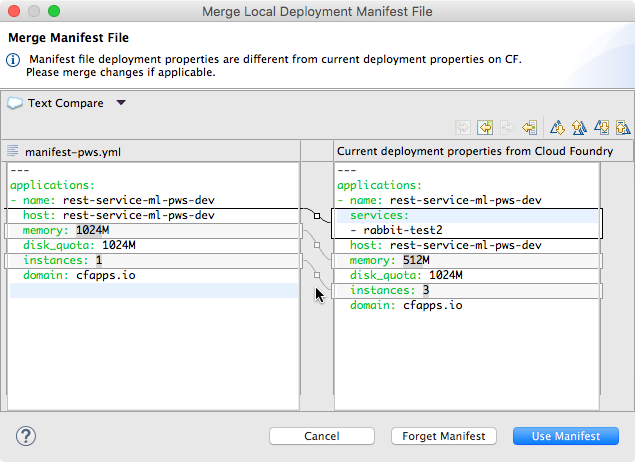 In case you don’t want those configuration changes on CF to be reflected in your local manifest file, select the “forget manifest” button and the boot dashboard will keep the configuration on Cloud Foundry as it is. It switches the application to the “manual mode” deployment.

Again, if you would like to explicitly change those settings, go to the context menu and choose the “select manifest” operation.

If you hover over the properties, you get additional help about the property and examples how and when to use it. 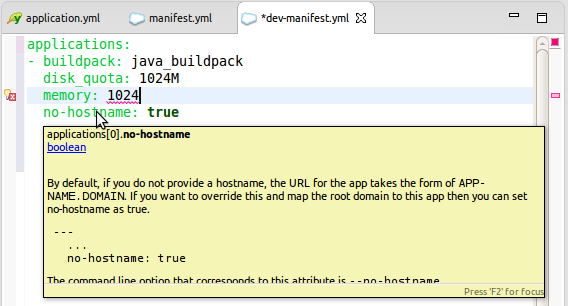 The file is also validated while typing. Reconcile errors are showing up directly in the editor in the same way they do in Spring Boot property files or when editing Java code.

And the good news is: this advanced editing support is available in the “select the manifest file” dialog, too (for example when working on the manual manifest or changing the selected manifest file content): 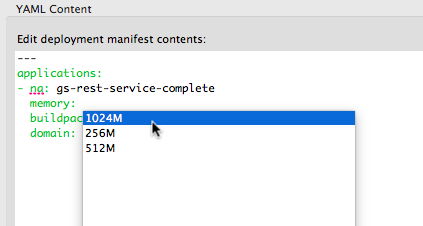 The next part of this blog series will cover the new support for working with multiple launch configurations for local Spring Boot applications. Stay tuned.

If you happen to be in Barcelona mid May (never a bad time to be in Barcelona anyway!), don't miss the chance to join the Spring I/O conference where I'll be presenting on the latest and greatest in Spring in general. Also, the registration for SpringOne Platform (early August, Las Vegas) has opened recently, in case you want to benefit from early bird ticket pricing.